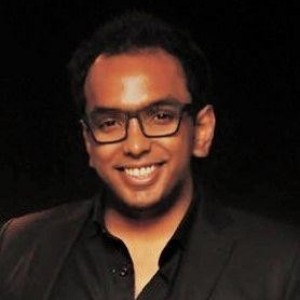 Nigeria is fast becoming one of the deadliest countries in the world for Christians, with thousands being kidnapped, raped, mutilated and massacred in the northern and middle parts of the country at the hands of radical Islamic militants and terrorists.

The violence has seen a significant surge in the last few months. Hardly a week passes without new accounts of mass kidnappings of Nigerian school children. Christian clergy are abducted and often murdered. Aid workers are gunned down, village churches are torched and churchgoers are massacred.

According to a Nigerian non-profit organization, over 3400 Christians have been murdered while 3000 have been abducted by extremists this year alone. Last year, Genocide Watch reported over 11,500 Christians were killed in the country since June 2015. The violence has reached such an intensity that experts and analysts are warning of a genocide targeting Christians across Africa’s largest and most economically powerful nation. It, therefore, should come as no surprise that the U.S. designated Nigeria a Country of Particular Concern (CPC) in December 2020.

Nigeria, a nation of close to 200 million, is almost evenly made up of Christians and Muslims. Christians live predominantly in the South while Muslims are the majority in the North.

The perpetrators of the killings are Islamist terrorists from Boko Haram (also known as the Islamic State in West Africa), who seek to create a state similar to the ISIS caliphate that took control of parts of Iraq and Syria between 2014 and 2015.

However, Boko Haram isn’t the only bad actor. Militant nomadic Fulani herdsmen are increasingly raiding villages and killing Christian men, women, children, and babies with AK-47s and machetes. The Fulani are a massive tribe that stretches across many African countries. It must be noted though that the vast majority of the tribe’s members aren’t guilty of mass murder and shouldn’t be lumped in with the militant segment that is committing these atrocities.

Both reports and evidence found at the crime scenes suggest that sections of the President Muhammadu Buhari-led Nigerian government and the police have been complicit in the attacks. The government has failed to enforce the rule of law and deploy its military to confront and crush the perpetrators whilst the police have deliberately ignored brutal anti-Christian violence even when loud gunfire and screams are clearly audible from less than a mile away. The terrorists have also benefited from millions of dollars in ransom payments, leading Nigeria to be called the kidnapping capital of Africa.

According to The Heritage Foundation’s 2020 Index of Economic Freedom, Nigeria is among the worst in the world when it comes to enforcing the rule of law. Thanks to President Buhari’s refusal to act to address the deadly issues metastasizing in his country, the most heinous forms of cruelty and brutality go unopposed, and terror continues to reign in Christian villages.

As Bernard-Henri Levy wrote in the Wall Street Journal, “A slow-motion war is under way in Africa’s most populous country. It’s a massacre of Christians, massive in scale and horrific in brutality. And the world has hardly noticed.” History has the odd knack of repeating itself quite consistently when it comes to conflicts and genocides, and going by the violence that ripped through Rwanda in the 1990s, and Darfur and South Sudan in the 2000s, Mr. Levy is likely to be proven right.

Indeed, an all-out genocide could unravel in Nigeria should the Buhari government and the world’s media organizations continue to turn a blind eye to what is going on. Tragically, denial of the atrocities is rampant. While some media organizations ludicrously blamed global warming for the attacks on Christian villages by militant nomads, the Nigerian government claimed that COVID-19 would stop the militant Fulani from attacking villages.

In the midst of all this bloodshed, it is heartwarming to hear reports of courageous acts by some Muslims who risked their lives to save Christian neighbors during attacks by militant Islamists.

It’s time for the Trudeau government to also step up to the plate and hold the Nigerian government accountable for its inaction and lackadaisical attitude towards curbing violence against its own people. In addition to applying diplomatic pressure with support from its African, global and regional allies, Canada should identify means to offer aid and security for the protection of vulnerable Christians. Considering there is a huge Nigerian diaspora residing in Canada, many of whom have families back home in Nigeria, it is imperative that Canada takes prompt action lest the already grave situation unravels into a deadly genocide that would threaten not only Nigeria but also the rest of Africa.